So this is the blog post I write in my head every time I’m served microwaved food. I’m not a “foodie”, I just can’t rationalize paying money for something I wouldn’t eat for free- at home. It’s actually baffling to me, one of the main reasons I eat out is because sometimes don’t feel like cooking. I actually love cooking but sometimes after a long day I’m not up for the cleaning that comes with it. Sure- I could just throw some left-overs in the microwave… thats easy and free. But it’s Saturday, I should get out of the house and microwaved food isn’t very appetizing. So I decide to go out, I place my order wait a few minutes and *ding!*- it’s ready.

The only reason I even own a microwave is because it came with the house. I don’t like microwaved food. The microwave ruins food by toughening it and killing the flavor, why would anyone PAY money to be served tough and tasteless food. I also have my doubts about how healthy microwaved food is compared to normally cooked food. I think the the microwave breaks down the fat and other molecules (you know, the stuff that makes it taste good) in such a way that it is harder for your body to digest, making it more likely to become fat than energy. BUT I don’t have any proof of that and have never heard the idea backed up by science so for now it remains a personal belief. The main point here is microwaved food sucks.

I’ve been working on a list of restaurants that serve microwaved food. Today the list just received another entry. One more restaurant I won’t be returning to. One less repeat customer for them. I figure if they don’t care about the food they serve (you know, their business) why should I?

In this tutorial we’ll look at uploading videos to YouTube from the Ubuntu context menu. This will make adding any video to YouTube a right-click away. END_OF_DOCUMENT_TOKEN_TO_BE_REPLACED 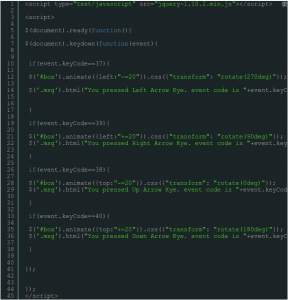 The LinkedIn group for PHP Developers featured a jQuery tutorial on how to move elements with the keyboard. It linked to a tutorial on lessoncup.com, an ok website with various with jQuery, PHP and MySQL tutorials. I’m interested in this sort of thing so thought I’d see what technique they used in their demonstration. It was this one. I strongly disagreed with the technique so left a polite comment on the share in LinkedIn stating there may be a better way to accomplish the task. Rather than starting a constructive discussion weighing pros and cons my comment was simply removed by author so I took it upon myself to write this article. END_OF_DOCUMENT_TOKEN_TO_BE_REPLACED 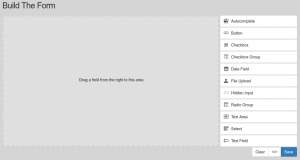 Version 1.9.0 of formBuilder introduces a number of visual and performance improvements.

Older versions relied on a textarea and it’s value was previously used as a buffer with formBuilder constantly reading and writing to it. No more. formBuilder now has its own buffer and can exist without the textarea.

Saving and preview generation has been optimized to run less frequently. Previously every keystroke caused a save and preview updated… yikes END_OF_DOCUMENT_TOKEN_TO_BE_REPLACED